Until his death at age 104, Oscar Niemeyer (1907-2012) was something of an unstoppable architectural force. Over seven decades of work, he designed approximately 600 buildings, transforming skylines from Bab-Ezzouar, Algeria, to his homeland masterpiece Brasilia. Niemeyer's work took the reduced forms of modernism and infused them with free-flowing grace. In place of pared-down starkness, his structures rippled with sinuous and seductive lines. In buildings such as the Niteroi Contemporary Art Museum, Edificio Copan, or the Metropolitan Cathedral in Brasilia, he brought curvaceousness to the concrete jungle. In the futuristic federal capital of Brasilia, he designed almost all public buildings, and thus became integral to the global image of Brazil. With rich illustrations documenting highlights from his prolific career, this book introduces Niemeyer's unique vision and its transformative influence on buildings of business, faith, culture, and the public imagination of Brazil. About the series Born back in 1985, the Basic Art Series has evolved into the best-selling art book collection ever published. Each book in TASCHEN's Basic Architecture series features: an introduction to the life and work of the architect the major works in chronological order information about the clients, architectural preconditions as well as construction problems and resolutions a list of all the selected works and a map indicating the locations of the best and most famous buildings approximately 120 illustrations (photographs, sketches, drafts, and plans) 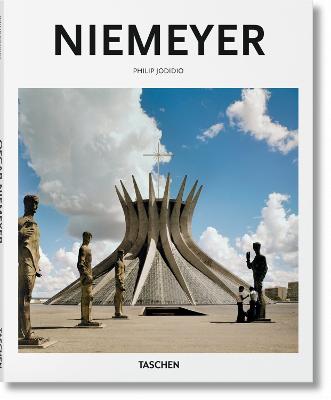 70s House: A bold homage to the most daring decade in design
Estelle Bilson
Hardback
€24.99

Change Your Space: Reclaim Your Home, Your Time and Your Mind
Dilly Carter
Hardback
€21.25

Own Your Zone
Ruth Matthews
Hardback
€22.50