No Middle Path: The Civil War in Kerry

The Civil War in Kerry was more brutal, divisive, violent and protracted than in any other county leaving physical, psychological and emotional scars which have lasted for generations. No Middle Path tells the story of this most turbulent and traumatic of times in his native county.

This book draws on previously unpublished accounts of combatants and their families and portrays the shocking impact which the war had on families and communities in which the effects included physical injury and nervous breakdown, poverty and financial hardship, and significant emotional turmoil and trauma which lasted for many decades.

The enormous impact of the social and economic disruption caused by the war is laid bare for the first time with evidence presented from new archive material and the compensation claims submitted by those who were raided, robbed, attacked and intimidated by the anti-Treaty IRA and the Free State Army.

As well as offering new insights into cataclysmic events at Clashmealcon, Ballyseedy, Knocknagoshel and elsewhere, this book traces what happened to those who survived and the relatives of those killed by combatants on both sides during some of the darkest of days in the history of Kerry and Ireland.

Finally, this new book will assess how the Civil War impacted on politics in Kerry in the century after the conflict had ended.

On the centenary of these seismic events, Owen OShea offers a holistic account and assessment of depths of horror and violence in his native county, and assesses, a century later, the true legacy of the Civil War in County Kerry. 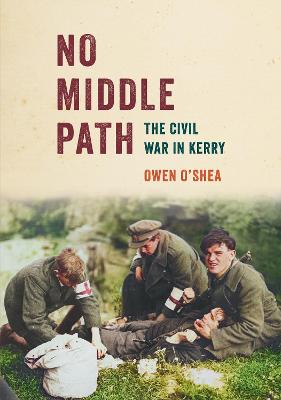 Hardback
No Middle Path: The Civil War in Kerry also appears in these Categories:

The Origins of the Irish
J.P. Mallory
Paperback
€14.99