Not Afraid: The Evolution of Eminem

In 1999, a former dishwasher from Detroit became the most influential music artist in the world. He was a fish out of water, a white artist creating powerful art in a black medium, telling stories with verbal dexterity, nimble wit and an honest that shocked the world. Eminem changed the landscape of music and pop culture as we know it. Then, in 2006, at the height of his fame and as one of the biggest-selling artists of all time, Eminem all but disappeared. Beset by non-stop controversies, bewildering fame, a debilitating drug problem and personal tragedies, he became a virtual recluse, withdrawing to his Detroit area compound. He struggled with weight gain and a prescription pill addiction that resulted in an overdose that nearly took his life. Over the next five years, he got sober, relapsed and finally got clean, before triumphantly returning to the top. Rhyme and Reason picks up where rock journalist Anthony Booza's bestselling Whatever You Say I Am left off, capturing Eminem's "wilderness years" in his own words and through the insights of those closest to him. Chronicling the music, personal and spiritual growth of one of music's most enduring and enigmatic artists, this is an intimate portrait of an incredibly private man known by many to be the greatest rapper alive. 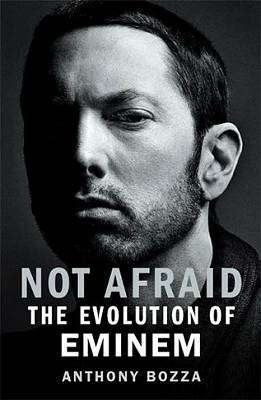 2.5% offHardback
Not Afraid: The Evolution of Eminem also appears in these Categories: