Oblivion Rouge follows the career of a young teenage villager named Oumi as she becomes embroiled in a conflict that threatens a futuristic Africa and the world itself. Saturday AM, the world's most diverse manga-inspired comics, are now presented in a new format! Introducing Saturday AM TANKS, the new graphic novel format similar to Japanese Tankobons where we collect the global heroes and artists of Saturday AM. These handsome volumes have select color pages, revised artwork, and innovative post-credit scenes that help bring new life to our popular BIPOC, LGBTQ, and/or culturally diverse characters. In the near future, a virus called the LEUP has infected half the population. The resulting war between the people of Liam, known as the infected, and the people of Galoum, known as the immune, becomes a bloody and brutal affair. When a mysterious army called the Hakkinen emerges to quell the war between the two countries, they adopt children of war to aid them. Oumi and her friends are enlisted to help find a cure and end the bloodshed. With an all-African cast, Oblivion Rouge stems from the roots of West African philosophy. It is both a brutal dystopian depiction of the future and a beautiful adventure that explores the depth of the human spirit. Oumi has made a promise to never suffer the losses and humiliation she has already seen in her young life. But with strange forces gathering against her continent, can she overcome her own insecurities to lead her people to paradise? Oblivion Rouge is rated OT for Older Teen, recommended for ages 16 and up. The inaugural Saturday AM TANKS include: Apple Black, Hammer, Saigami, Oblivion Rouge, Massively Multiplayer World of Ghosts, and Clock Striker. 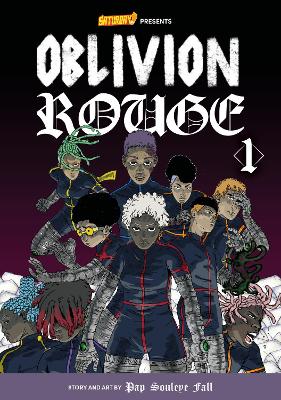 What Child is This?: A Sherlock Holmes Christmas Adventure
Bonnie MacBird
Hardback
€18.75

On the Savage Side
Tiffany McDaniel
Hardback
€21.25