Shortlisted for the An Post Irish Book Awards Irish Independent Crime Fiction Book of the Year Award for 2018.

When Lauren takes a photo of a stranger on a beach and shares it online, she has no idea what will come of that single click.

Her daughters are surprised that she posted a photo without consent, but its only when she starts to get anonymous messages about the woman on the beach that she deletes the photo. Its too little too late, and the messages escalate, prompting Lauren to confess to the woman. The woman has her own dark story, one that might explain the messages, but Lauren isnt convinced. Then her ex-husband begins to harass her, telling her she shares too much online and brought this on herself.

Shes also dealing with other problems. A difficult client at work starts to show up in places he shouldnt be. Her younger daughter is behaving out of character and Lauren cant work out whats wrong. And the cracks are literally beginning to show in her old South Dublin house, mirroring the cracks in her carefully curated life.

Meanwhile, the messages from the internet troll become more personal and more vindictive. Her friends feel she should stand up to her stalker, but Lauren isnt so sure. And then she makes one small mistake that brings everything tumbling down. 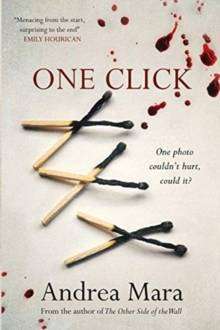