A GRIPPING TALE OF HEROIC FAILURE DURING THE DIEPPE RAID OF 1942 'Patrick Bishop's well-researched, crisply written and utterly absorbing account of the Dieppe Raid tells a story of heroism and futility that will live for the reader long afterwards' Andrew Roberts, author of Churchill: Walking with Destiny 'Riveting and powerfully written. Patrick Bishop has turned this tragic cautionary tale into a fascinating, shrewd and timely reflection on leadership in a time of crisis' Henry Hemming, author of Our Man in New York ____________ On the warm night of 18 August 1942, a flotilla pushed out into the flat water of the Channel. They were to seize the German-held port of Dieppe, destroy key installations, seize intelligence material and then sail for home. This was the greatest amphibious operation since Gallipoli, with the biggest accumulation of fighter power ever assembled. But by 9am on the day of attack, one of its architects already feared that the operation would "go down as one of the great failures in history". Confidence turned to carnage, with nearly two thirds of the attackers dead, wounded or captured. It was claimed afterwards by its key players to be essential to D-Day, with the media telling listeners that it was a success -- but the tragedy was all too predictable. Using first-hand testimony from combatants and civilians, forensic analysis of the roles of Mountbatten and Montgomery, and source material from archives across several countries, bestselling author Patrick Bishop's gripping account brings Operation Jubilee powerfully and vividly to life, in an epic demonstration of how ambition, folly and courage came together in one of the most tragic episodes of the war. ____________ 'A deeply humane, lucidly written and powerful tribute to some of the unsung heroes of the Second World War' Sunday Times on Bomber Boys 'This is the best kind of military history - the kind in which the author never loses sight of the impact of war on its victims, German as well as British, and those who were left behind... It reminds the rest of us what their war was all about' Evening Standard on Bomber Boys 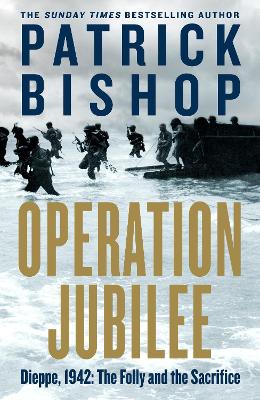 20% off
Fall: The Mystery of Robert Maxwell
John Preston
Paperback
€9.99

The Last Duel: A True Story of Trial by Combat in Medieval France
Eric Jager
Paperback
€11.10

The Earth is Weeping: The Epic Story of the Indian Wars for the American West
Peter Cozzens
Paperback
€18.75

East West Street: On The Origins Of Genocide And Crimes Against Humanity
Philippe Sands
Paperback
€12.35