Origin Stories: The Pioneers Who Took Football to the World

Origin Stories: The Pioneers Who Took Football to the World charts the growth of the game in each major footballing country, from the very first kick to the first World Cup in 1930. Football's global spread from muddy playing fields to colossal, purpose-built stadiums is a story of class, race, gender and politics. Along the way, you'll meet the people who established football around the world and discover the challenges they faced. Featuring interviews with leading historians, journalists, club chairmen and descendants of club founders and players, Origin Stories tells the fascinating country-by-country tale of how football put down its roots around the world. The sport's early growth includes a cast of English aristocrats and 'Scotch professors', French tournament pioneers, international merchants, keen students, raucous rebels and more. Origin Stories shows that football's early development was a truly global team effort. 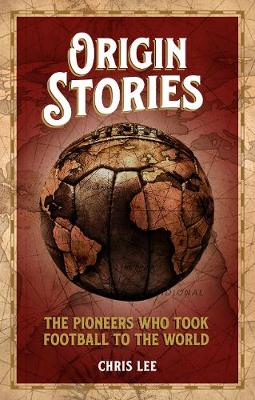 Paperback
Origin Stories: The Pioneers Who Took Football to the World also appears in these Categories: