Outrages: Sex, Censorship and the Criminalisation of Love

The bestselling author of The Beauty Myth, Vagina and The End of America illuminates a dramatic history - how the Obscene Publications Act of 1857 led to reverberations lasting to our day. At once, dissent and morality, deviancy and normalcy, became modern legal concepts: if writers, editors, printers and booksellers did not uphold the law and the morals of society they faced serious repercussions. Wolf depicts the ways this censorship played out - decades before the infamous trial of Oscar Wilde - among a bohemian group of 'sexual dissidents', including Walt Whitman in America and the English critic John Addington Symonds, who fell in love with Whitman's homoerotic voice in Leaves of Grass. This was a dangerous love, even if only expressed on the page. Algernon Charles Swinburne, Dante and Christina Rossetti, Walter Pater and painter Simeon Solomon were among the artists whose lives were shadowed with jeopardy. But Wolf also reveals how, cleverly, they crafted their works to avoid the censor. Wolf recounts how a dying Symonds, inspired by his love for Whitman, helped to write the book on 'sexual inversion' one of the foundations of our modern understanding of homosexuality. By shining a light on his secret memoir, rightfully understood as one of the first gay rights manifestos in the west, Outrages also shows how the literature of love ultimately triumphs over censorship. 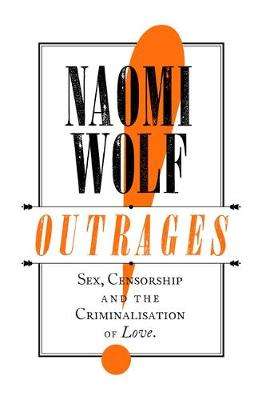 Trade Paperback
Outrages: Sex, Censorship and the Criminalisation of Love also appears in these Categories:

The Simple Guide to Complex Trauma and Dissociation: What it is and How to Help
Betsy de Thierry