Paul McCartney: All The Songs

As humanly possible, this book attempts to evaluate every track that Paul McCartney has released on a major label. Thus, the premise of this book: to sift the gems from the chaff and examine what's driven McCartney up and down for fifty years. There are plenty of tracks suitable for casual fans, adolescents, even pre-schoolers. But there are tracks for an older audience too, tracks so good they can supply grown-ups with a rewarding soundtrack for a lifetime. It's these that make for a playlist worth keeping. From 1970 and beyond, the songwriting McCartney seemed to be saddled with a rickety who-cares system that generated iffy results. Gone were 'Eleanor Rigby' and 'Penny Lane'. Instead, came the thought-free 'Mary Had a Little Lamb' and 'Bip Bop', songs The Beatles wouldn't have considered for a second. Troubles swarmed around him as he searched for his place. The Beatles had theirs - where was his? Was he overly obsessed with perfection? Maybe. Or was it insecurity? His next record couldn't be a forward-thinking experiment, with sales falling wherever they may. It had to - had to - be a chart topper adored all over the world. 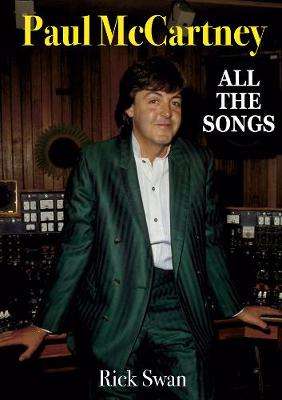 Paperback
Paul McCartney: All The Songs also appears in these Categories: