Pop Art by the BBC's Alastair Sooke - an essential but snappy new guide to our favourite art movement Pop Art is the most important 20th-century art movement. It brought Modernism to the masses, making art sexy and fun with coke cans and comics. Today, in our age of selfies and social networking, we are still living in a world defined by Pop. Full of brand new interviews and research, Sooke describes the great works by Warhol, Lichtenstein and other key figures, but also re-examines the movement for the 21st century and asks if it is still art? He reveals a global story, tracing Pop's surprising origins in 19th-century Paris to uncovering the forgotten female artists of the 1960s. "Sooke is an immensely engaging character. He has none of the weighty self-regard that often afflicts art experts and critics; rather he approaches his subjects with a questioning, open, exploratory attitude." (Sarah Vine, The Times). Alastair Sooke is the author of the biographies Henri Matisse: A Second Life and Roy Lichtenstein: How Modern Art was Saved by Donald Duck, both published by Penguin. He is art critic for the Daily Telegraph and is a popular BBC broadcaster. He was educated at Christ Church, Oxford, and at the Courtauld Institute of Art, London. 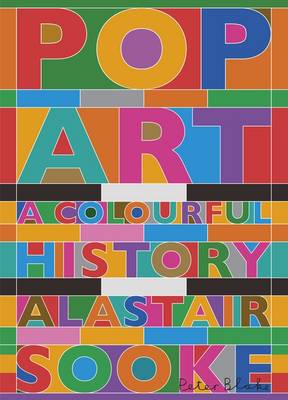