Pot Of Gold And Other Plays

One of the supreme comic writers of the Roman world, Plautus (c.254-184 BC) skilfully adapted classic Greek comic models to the manners and customs of his day. This collection features a varied selection of his finest plays, from the light-hearted comedy "Pseudolus", in which the lovesick Calidorus and his slave try to liberate his lover from her pimp, to the more subversive "The Prisoners", which raises serious questions about the role of slavery. Also included in this title are "The Brothers Menaechmus", which formed the prototype for Shakespeare's "The Comedy of Errors", and "The Pot of Gold", whose old miser Euclio is a glorious study in avarice. Throughout, Plautus breathes new, brilliant life into classic comic types - including deceitful twins, scheming slaves, bitter old men and swaggering soldiers - creating an entertaining critique of Roman life and values. 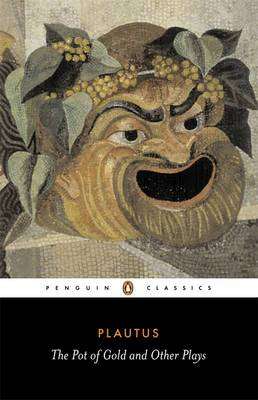 Paperback
Pot Of Gold And Other Plays also appears in these Categories:

Shakespeare for Every Day of the Year
Allie Esiri

The Jew of Malta
Christopher Marlowe
€7.10