Set against the soundtrack of David Bowies first Berlin album Low, Two Souls is an explosive novel that moves deftly between three time-frames: Belfast, August 1978 and the doomed love affair between a young punk and an older, bohemian art student; April 1979, specifically a frenzied Irish Cup Final day, the young punk now transformed into a violent football hooligan; and, through a series of smuggled prison comms, the dark, paramilitary-stalked Belfast streets of 1987, that young punk now an INLA leader embarking on the assassination of former comrades in a bitter feud, where all threads collide in a tense, thrilling denouement.

At turns shocking and heart-breaking, with razor-sharp language and a turbo-charged plot, Two Souls is a singular Troubles novel like no other, tragically exposing human natures futile efforts to make the right decisions and to choose a life worth living. Think Irving Welsh meets Martin Amis against a febrile and gritty sectarian backdrop. 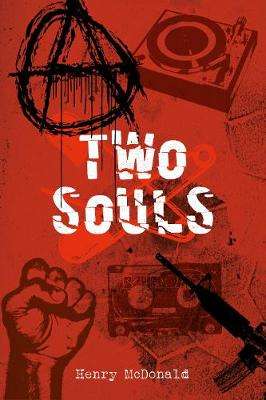 Paperback
Two Souls: A Novel also appears in these Categories: