A Coup in Turkey: A Tale of Democracy, Despotism and Vengeance in a Divided Land

The most dramatic, revealing and little-known story in Turkey's history - which illuminates the nation 'A wonderful writer' Robert Macfarlane In the spring of 2016 travel writer Jeremy Seal went to Turkey to investigate perhaps the most dramatic, revealing and little-known episode in the country's history - the 'original' coup of 1960, that deposed the traditionalist Prime Minister Adnan Menderes. The story of the charismatic but doomed Menderes - to his adoring supporters the country's founding democrat; to his sworn enemies its most infamous traitor - goes to the heart of the feud that continues to rage between the western and secular ambitions of a minority elite and the religious and conservative instincts of the small-town majority. A Coup in Turkey is a thrilling account of the events leading up to the coup and the trials and executions that followed, a story of political subterfuge and score-settling, courtroom drama, state execution, authoritarian intolerance and ideological division. Seal travels through President Erdogan's Turkey, tracking down eye-witness accounts from survivors of the Menderes era in the transcontinental city of Istanbul and the new capital at Ankara. And the compelling parallels between past and present become strikingly - then shockingly - clear. He expertly guides us through this extraordinary story, with a deep sympathy and love for the people and places he writes about, and illuminates this troubled nation. By focussing on one key event - one which many Turks regard with shame - this evocative, gripping portrait of Turkey recentres our understanding of the past and makes sense of one of our most bewildering yet intriguing neighbours. 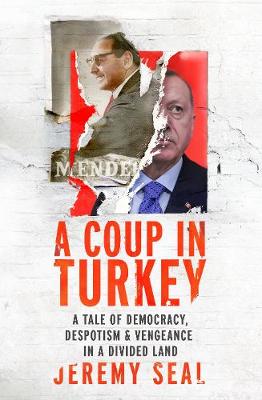 Hardback
A Coup in Turkey: A Tale of Democracy, Despotism and Vengeance in a Divided Land also appears in these Categories:

Health And Weight Management: Teachings from the East
Caroline Rainsford
€13.40

The Voice of Anfield: My Fifty Years with Liverpool FC
George Sephton
€23.15

All Together Now: The Extraordinary Story of AFC Wimbledon
Erik Samuelson
€24.40