The Coastal Atlas of Ireland

Ireland is an island surrounded by ocean, with a high percentage of its population living in the coastal zone and has often been referred to as an island nation. The importance of the coastal zone to Ireland is extremely high, given its economic value from tourism and recreation, fishing, aquaculture, renewable energy, ports and linked industries, as well as its environmental significance. Proximity to the sea has also profoundly influenced Ireland's history, culture and multiple identities.

Although there are existing guides about Irelands coastal geology, physical geography and landscapes, these are fragmented and mostly of a local nature. Shorelines: The Coastal Atlas of Ireland will aim to fill this gap by looking at the coastline of the entire island of Ireland as a whole, from the physical, human and environmental perspectives.

The Atlas will contribute towards the dissemination and outreach of scientific knowledge about the coasts of Ireland and of the processes that are shaping them, to the broader public, government and decision makers. The Atlas is relevant globally, to all those that are interested in coastal matters and the work is not just about Ireland, but "Ireland, as an analogue for many of the worlds coasts.

Visually stunning, accessible and an academic tour de force, this Atlas will resonate with everybody who has a connection to Ireland and anybody interested in the Irish coast. 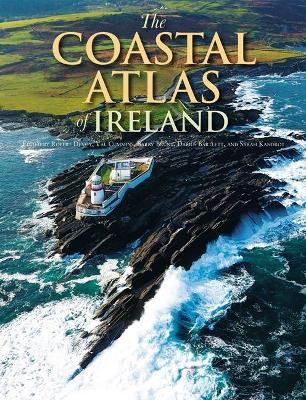 Hardback
The Coastal Atlas of Ireland also appears in these Categories: