Following the death of Mafia boss Vito Rizzuto in 2013, a group of young criminals rose to fill the vacuum in power on his old turf. The newcomers were nothing like their rigorously codified predecessors. The impatient millennials leading this self-styled Wolfpack Alliance were organized-crime disruptors who grew up with technology at their fingertips in a socially networked criminal underworld. They're part of Canada's most ethnically diverse generation, and their organization was as inclusive as it was criminal. They shared an overwhelming sense of entitlement, with a self-assuredness that left them foolishly exposed to law enforcement, enemies and the force in global crime they were arrogant enough to think they could handle entering into business with. The dominant and most violent force in the global narcotics trade through the 2000s, Mexico's Sinaloa and Los Zetas drug cartels, recognized the naivety of their eager new cocaine customers up north and invited themselves to Canada to take advantage.

As in the business world, in times of chaos and collapsing orders, disruptors rule. But not for long. The Wolfpack is a must-read for any true-crime aficionados looking for insight into the organized criminal underworld of the 2020s. 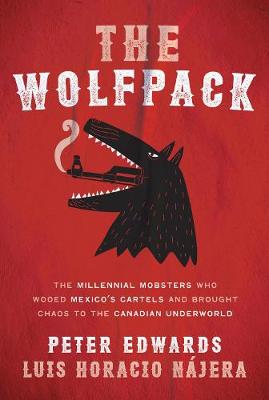 Hardback
The Wolfpack also appears in these Categories:

Down By The Bare Place
Joe Coleman
Paperback
€25.00