Trans people in Britain today have become a culture war 'issue'. Despite making up less than one per cent of the country's population, they are the subjects of a toxic and increasingly polarized 'debate' which generates reliable controversy for newspapers and talk shows. This media frenzy conceals a simple fact: that we are having the wrong conversation, a conversation in which trans people themselves are reduced to a talking point and denied a meaningful voice.

In this powerful new book, Shon Faye reclaims the idea of the 'transgender issue' to uncover the reality of what it means to be trans in a transphobic society. In doing so, she provides a compelling, wide-ranging analysis of trans lives from youth to old age, exploring work, family, housing, healthcare, the prison system and trans participation in the LGBTQ+ and feminist communities, in contemporary Britain and beyond. 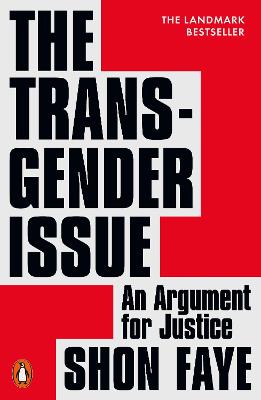 Paperback
The Transgender Issue also appears in these Categories:

Fix The System, Not The Women
Laura Bates
Hardback
€15.99

Enough: The Violence Against Women and How to End It
Harriet Johnson
Hardback
€15.99

Signed
(M)otherhood: On the choices of being a woman
Dr Pragya Agarwal
Paperback
€12.50

Work: A History of How We Spend Our Time
James Suzman
Paperback
€16.05

The End of Bias: How We Change Our Minds
Jessica Nordell
Paperback
€12.50