Maurice O'Sullivan was born on the Great Blasket in 1904, and 'Twenty Years A-Growing' tells the story of his youth and of a way of life which belonged to the Middle Ages. He wrote for his own pleasure and for the entertainment of his friends, without any thought of a wider public; his style is derived from folk-tales which he heard from his grandfather and sharpened by his own lively imagination. The Blasket Islands are three miles off Irelands Dingle Peninsula.

Until their evacuation just after the Second World War, the lives of the 150 or so Blasket Islanders had remained unchanged for centuries. A rich oral tradition of story-telling, poetry, and folktales kept alive the legends and history of the islands, and has made their literature famous throughout the world. The 7 Blasket Island books published by OUP contain memoirs and reminiscences from within this literary tradition, evoking a way of life which has now vanished. 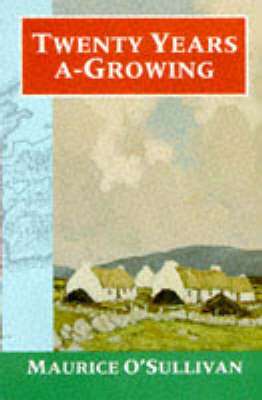