The arrival of the railways in the first half of the nineteenth century and their subsequent spread across every one of the world's continents, acted as a spur for economic growth and social change on an extraordinary scale. The 'iron road' stimulated innovation in engineering and architecture, enabled people and goods to move around the world more quickly than ever before, and played a critical role in warfare as well as in the social and economic spheres. Christian Wolmar describes the emergence of modern railways in both Britain and the USA in the 1830s, and elsewhere in the following decade. He charts the surge in railway investment plans in Britain in the early 1840s and the ensuing 'railway mania' (which created the backbone of today's railway network), and the unstoppable spread of the railways across Europe, America and Asia. Above all, he assesses the global impact of a technology that, arguably, had the most transformative impact on human society of any before the coming of the Internet, and which, as it approaches two centuries of existence, continues to play a key role in human society in the 21st century. 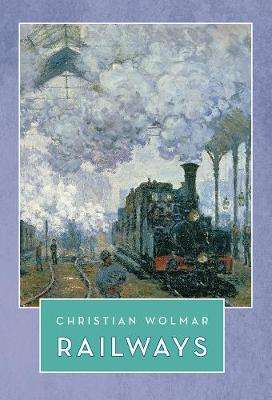