Hailed by his contemporaries as "the divine painter," Raphael Sanzio of Urbino ( 1483-15200 was one of the greatest artists of the Italian Renaissance. A contemporary of Michelangelo and Leonardo Da Vinci, Raphael was sought out by popes, kings and aristocrats to decorate their residences. Michael Collins' new biography, Raphael's World, portrays the era in which the divine painter lived. Born thirty years after the invention of the printing press and nine years before the discovery of the New World, Raphael harnessed the new techniques of printing and the riches which flowed from the Americas into Europe in the early 16th century. The political map of Europe was changing as Raphael painted for his wealthy patrons. Pope Julius II commissioned him to decorated his apartments at the Vatican while Pope Leo X appointed him architect of the new St. Peter's which replaced the 1000 year old Constaintinian basilica. While Raphael painted the Apostolic Palace and designed tapestries to be hung in the Sistine Chapel, a German friar, Martin Luther was about to rend Christendom apart. Raphael's World brings the reader into the ducal court of Urbino, and follows the young Raphael to Perugia where he studied in the studio of Perugino, to Florence where he saw Michaelangelo and Da Vinci at work, to Rome where he painted for popes and cardinals, as well as Agostino Chigi, one of the wealthiest patrons of the day. Based on contemporary documentation, Raphael's World explores the complex era in which the artist flourished and introduces the reader to the fascinating panoply of patrons. The 500th anniversary of the death of Raphael occurs on 6 April 2020. There will be a number of events to celebrate the event, including the rare display of his Sistine tapestries and a symposium at the Vatican and other galleries around the world. 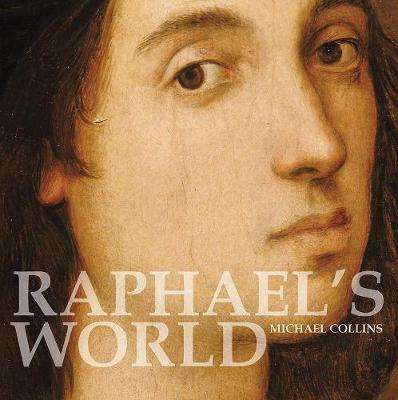 A Beginner's Guide to Watercolour with Mixed Media
Alison C Board
€16.25

An Introduction to Art
Charles Harrison