RED DUST: A PATH THROUGH CHINA

In 1983, Ma Jian turned 30 and was overwhelmed by the desire to escape the confines of his life in Beijing. Deng Xiaoping was introducing economic reform but clamping down on 'Spiritual Pollution'; young people were rebelling. With his long hair, jeans and artistic friends, Ma Jian was under surveillance from his work unit and the police. His ex-wife was seeking custody of their daughter; his girlfriend was sleeping with another man. He could no longer find the inspiration to write or paint. One day he bought a train ticket to the westernmost border of China and set off in search of himself. His journey would last three years and take him to deserts and overpopulated cities. The result is a compelling and utterly unique insight into the teeming contradictions of China that only a man who was both an insider and an outsider in his own country could have written. 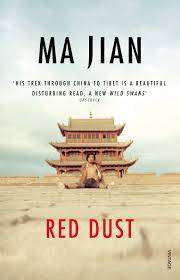 2.5% offPaperback
RED DUST: A PATH THROUGH CHINA also appears in these Categories: