Richie Bennis is one of the true legends remaining in the game of hurling. A towering figure in Limerick GAA, he played a central role as the county won the All-Ireland title in 1973 and then he strived as hard as anyone to see the Liam MacCarthy Cup return to the Treaty County. It was a wait of 45 years  during which time Bennis worked at grassroots hurling in the famed Patrickswell club, where he hurled into his 40s and won 10 county titles. He also led Limerick as team manager to the 2007 All-Ireland final where they lost to Kilkenny. In 2018, Limerick were crowned All-Ireland champions. For Richie Bennis, a long agonising wait ended. His story is one of triumph, and heartache and personal tragedy, and a courage that was never dimmed. 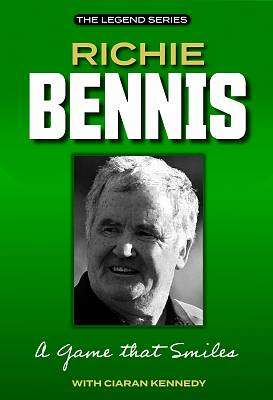 The Little Book of Kobe: 192 pages of champion quotes and facts!
Orange Hippo!
€7.20

The World According to Razor: My Closest Shaves
Neil 'Razor' Ruddock
€18.05

Beyond Possible: One Soldier, Fourteen Peaks - My Life In The Death Zone
Nirmal Purja

My Life and Rugby: The Autobiography
Eddie Jones
€12.05

Lights Out, Full Throttle: The Good the Bad and the Bernie of Formula One
Damon Hill

They Don't Teach This : Lessons From The Game of Life
Eniola Aluko
€12.05