Rust: One woman's story of finding hope across the divide

When Eliese Goldbach was nine years old, she decided to become a Catholic nun. Twenty years later, with a Master's degree, she found herself making steel in the Rust Belt during the 2016 US election season. A small part of her wondered if she'd got stuck inside a dream that had gone horribly wrong. Trump was supposed to be golfing in Florida, not vying for the presidency. She was supposed to be saving souls, not stirring a vat of molten metal. The trajectory of her life had fallen short of expectations. The trajectory of the USA was going haywire. Part memoir, part social commentary, framed by Eliese's experiences as a steelworker, Rust is about perspective, and shifting perspective: it's about change. Much of Eliese's life connects the identities that seem to be driving the USA apart, and the parallels with a post-Brexit UK are uncanny. She's a former Republican turned Democrat; a feminist with Christian roots. Anti-abortion - until she herself was subjected to sexual violence - a supporter of the right to choose. She doesn't fit neatly into any one box. Appealing to readers of Hillbilly Elegy and Educated, Rust explores Eliese's transformation from far-right to left-of-centre, detailing her first year as a steelworker, and the path that brought her to the mill in the first place. It is an American tale, but could just as easily be Sunderland, UK, as Cleveland, USA. Raw and luminous, Rust explores the USA's, and the world's, most pressing issues in an attempt to amplify our understanding of one another across the divide. It's a rally cry to a nation at a crossroads. 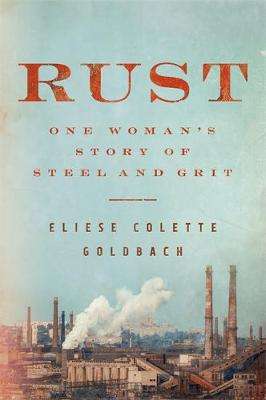 Trade Paperback
Rust: One woman's story of finding hope across the divide also appears in these Categories: