Samuel Johnson vs the Darkness Trilogy: The Gates, The Infernals, The Creeps

Bursting with imagination and impossible to put down, these novels - 'darkly comic' (Telegraph) and 'delightfully horrific and hilarious' (Eoin Colfer) - from The Sunday Times bestselling author John Connolly, are about the pull between good and evil, physics and fantasy - and a quirky boy, who is impossible not to love, and the unlikely cast of characters who give him the strength to stand up to a demonic power. The Gates: Samuel Johnson's neighbour Mrs Abernathy is trying to open the gates of hell. It's up to Samuel to stop her, except nobody will believe him, and time is running out. The Infernals (prev. Hell's Bells): Samuel and Boswell are pulled through a portal into Hell. But Mrs Abernathy has reckoned without their bravery and cleverness, or the loyalty of Samuel's friend, the demon Nurd, and Mr Merryweather's Elves. The Creeps: Samuel and Boswell are to be guests of honour at the opening of the greatest toyshop. A splendid time will be had by all, as long as they can ignore the sinister statue that keeps moving around the town, the Shadows that are slowly blocking out the stars, murderous elves, and the fact that, somewhere, a rotten black heart is beating a rhythm of revenge. 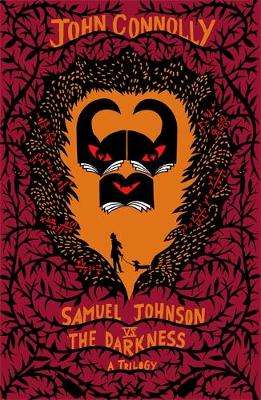 Paperback
Samuel Johnson vs the Darkness Trilogy: The Gates, The Infernals, The Creeps also appears in these Categories:

13.5% off
Boulevard Wren and Other Stories
Blindboy Boatclub
€12.99

17% off
The Liberation of Brigid Dunne
Patricia Scanlan
€7.99