Shadow of the Owl

Shadow of the Owl is Matthew Sweeney's final collection, bringing together the poems he wrote during a year of debilitating illness. He died from Motor Neuron Disease in 2018 shortly after publishing My Life as a Painter, written before he became ill, but - like all his previous collections - preparation for this final work. In a sequence of dark fables, a hapless figure is hounded by a procession of invisible enemies who want him dead. These jokers - kidnappers, assassins, liars all - have many methods at their disposal, from crucifixion or hanging to bombing or mauling by crocodile... A menacing owl comes to the garden each night for twelve nights, but refuses to deliver its devastating news. All of Sweeney's verve and spiky humour are present in these last poems, following, as always, the unnerving logic of dreams. But the dream has become a nightmare, and the catastrophe, impending in all the earlier collections, has now come to pass. The man on the run needs to reach new heights of ingenuity, if he is to escape, repeatedly, the most horrible of deaths. The poet is writing for his life. For more than forty years Matthew Sweeney sought to capture, in poetry, the life of a body menaced and condemned to wander in a terrifying place - but a body fully alive to the sensuous pleasures of the world, and the vulnerability of exposure to its loss. His final poems are imbued with a lyrical beauty and great sadness at leaving that world just as the spirit was burning as brightly as ever. 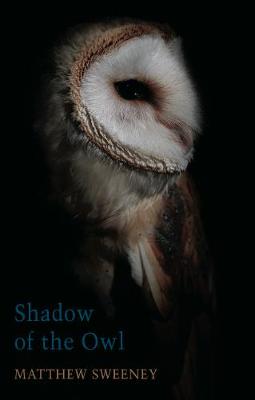 Paperback
Shadow of the Owl also appears in these Categories: