Things are about to go viral in Marc Dane's most dangerous adventure yet . . . Marc and his partner - former US Delta Force sniper Lucy Keyes - are pitted against their most terrifying challenge yet, when a genius bio-researcher with the ability to create a deadly biological weapon is kidnapped by a ruthless terrorist. Their desperate search for the missing scientist takes them across the world, from the desolate wilderness of Iceland to the slums of the Near East and the dark underbelly of a fracturing Europe, where they will discover a shocking atrocity in the making. Backed by shadowy interests, a cadre of hardline ultra-right-wing extremists plan to unleash a lethal virus among the population of a major European city. Only Marc Dane can prevent this devastating attack from taking place - before a whole continent is plunged into terror... Praise for the Marc Dane series: Praise for James Swallow's Marc Dane series: 'Unputdownable. A must-read' Wilbur Smith 'Britain's answer to Jason Bourne' Daily Mail 'An ultra fast paced, worldwide chase to stop a madman, while leaving the reader breathless' Choice 'Explosive' Irish Examiner 'This is edge of the seat stuff that is terrifyingly real in places' Closer 'A killer of a thriller' Weekend Sport 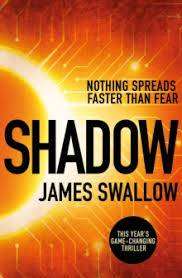