Nine scrolls of ancient wisdom. Nine individuals seeking to rule the world . . . When Juan Cabrillo and the Oregon crew board a ship in the Indian ocean little do they realise that they will soon put themselves in the sights of a mysterious ancient cabal bent on world domination. The Colossus Project sees 2000 years of esoteric knowledge distilled into a device so powerful no force on Earth can stop it - but now two different groups are fighting to control it. Only Juan Cabrillo and the Oregon stand in their way. But only if they can first discover the location of these shadow tyrants and - more importantly - the deadly device they have brought into being . . . 'The guy I read' Tom Clancy 'Cussler is hard to beat' Daily Mail 'The Adventure King' Sunday Express 'Nobody does it better... nobody!' Stephen Coonts 'Just about the best storyteller in the business' New York Post 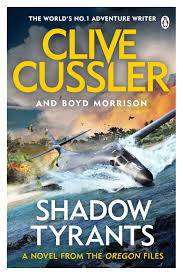