In Simple Genius, David Baldacci returns to the main characters from bestsellers Split Second and Hour Game. Former secret service agents Sean King and Michelle Maxwell must overcome their personal demons to solve two new mysteries. Scarred by the past. Realizing that Maxwell is teetering on the brink of self-destruction, King arranges therapy for his reluctant partner. But is the hospital hiding its own disturbing secrets? A mysterious death. When a physicist dies near a secret compound of scientists and cartographers, funded by an anonymous but powerful group, a down-on-his-luck King takes the case. A larger conspiracy? The body was found opposite the compound, directly across the York River, near Camp Peary - a sinister CIA training ground. And they're watching King's investigation. Is Maxwell right in her suspicions of foul play in the hospital? And with both the FBI and CIA breathing down King's neck, can he discover the truth in time? Simple Genius is followed by First Family, The Sixth Man and King and Maxwell. 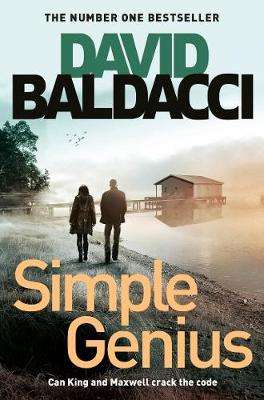