Southern Man: Music And Mayhem In The American South (A Memoir)

We developed reputations real fast. We treated our entertainers right. We got them paid. Other agents and promoters and managers showed them the money. We got them the money. We brought respect to the African American artist in America. We brought them prestige. We really cared about our artists and those who worked for us, and it was obvious because we fought like hell for them. So when you listen to some of that music today an Otis Redding record or Percy Sledge or anyone from our shop you re not just hearing music but also the sound of iron being hammered and bricks being laid for those especially African Americans who are in the business today. Southern Man is the memoir of a life in music during one of the most racially turbulent times in American history. It presents the voice of Alan Walden a remarkable, sensitive, humble, and brilliant man; a boy from the country who, serendipitously, along with his brother Phil and best friend Otis Redding, helped to nurture a musical renaissance. It is the story of a son of Macon, Georgia, and his passion for R&B and rock n roll at a time when it took wits and a Southern persistence to overcome the obstacles on the hard scrabble road to success the tragedy of loss, disappointment, and betrayal, along with the joy of victory, optimism, and hope and taking a dream right over the mountain. That dream led him to work with and nurture the talents of a virtual who s who of Southern music, from Sam & Dave and Percy Sledge to Boz Scaggs and Lynyrd Skynyrd. Anyone who was alive during the golden age of R&B and Southern rock remembers the music, but Alan s narrative invites the reader to the centre of the story, into the studio and on the road, to backroom deals and backroom brawls. It wasn t always peaches and cream. The music business is tough, and Alan Walden was one of the toughest kids on the street. He had to be, in order to survive in a world of guitars, guts, and guns. This is rock n roll noir the story of a few pioneers who cut the rock and laid the pipe under the hard scrabble terrain so that the water of creativity can more freely flow today. 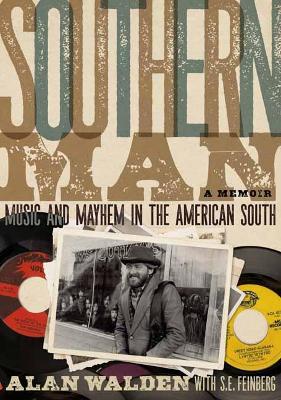 Paperback
Southern Man: Music And Mayhem In The American South (A Memoir) also appears in these Categories:

Another Year of Wonder: Classical Music for Every Day
Clemency Burton-Hill
Trade Paperback
€18.75

She Begat This: 20 Years of The Miseducation of Lauryn Hill
Joan Morgan
Paperback
€12.50