Spearhead: An American Tank Gunner, His Enemy and a Collision of Lives in World

'Gripping' Wall Street Journal ________________________ At first, gunner Clarence Smoyer and his fellow crewmen in the legendary 3rd Armored Division - 'Spearhead' - thought their tanks were invincible. Then they met the German Panther, with a gun so murderous it could shoot through one Sherman and into the next. Soon a pattern emerged: the lead tank always gets hit. After seeing his friends cut down breaching the West Wall and holding the line in the Battle of the Bulge, Clarence and his crew are given a weapon with the power to avenge their fallen brothers: the Pershing, a state-of-the-art 'super tank', one of twenty in the European theatre. But with it comes a harrowing new responsibility: now they will spearhead every attack and, in doing so, will lead the US Army into its largest urban battle of the war, the fight for Cologne, the 'Fortress City' of Germany... 'Spearhead shimmers in eclipsing moments of valor, luck and compassion.' Washington Times 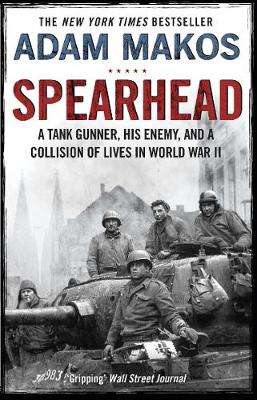 20% offPaperback
Spearhead: An American Tank Gunner, His Enemy and a Collision of Lives in World also appears in these Categories: