On Valentine's Day in 1981, a fire in the Stardust nightclub in Dublin killed 48 young people, and left behind one orphan, Lisa Lawlor. Now, on the 40th anniversary, Lisa tells her story of the tragic events of that evening and how they have shaped her life. She was just seventeen months old when the Stardust nightclub went up in flames. Her parents, Francis and Maureen Lawlor, were a young couple very much in love. Since Lisa's birth, they rarely went out at night, but this time they allowed a friend to persuade them to go for a few drinks at the Stardust. They never came home. In the wake of the disaster, Lisa's paternal grandparents stepped in and took care of her. Throughout her childhood, they tried to fill the gaping hole in her life with gifts, but nothing really helped - and inevitably resentment started to simmer in the extended family. As several members of her family succumbed to addiction and crime, she suffered abuse and struggled to find her own path.

Stardust Baby is the heart-breaking story of a woman whose every waking moment has taken place in the shadow of those awful flames and of an extended family that toppled into dysfunction in the overwhelming face of tragedy. It is also an uplifting story of resilience, hope, love and determination - as, despite it all, Lisa found the strength to carry on, for herself and her children. A percentage of the royalties from sales of the book will be donated to the Stardust campaign. 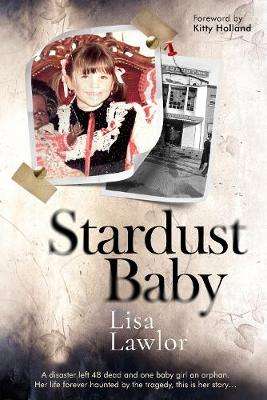 The Truth Behind The Irish Famine
Jerry Mulvihill
€25.00