The book is about abandonment, intrigue, deception, betrayal, and love, revolving around the lives of the two main characters Lona and Carl. Their lives are moulded by the circumstances of Lonas birth, and Carls upbringing by his mother. Lona, abandoned at birth, and Carls childhood shadowed by his mothers dubious profession. Set in three countries, South Africa, Great Britain and Ireland, it deals with the dark side of life, the exploitation of young women and the illegal trafficking of such women into Europe. Both Lonas and Carls characters are very enigmatic, you could say split personalities, Lonas personality not unlike her birth mothers, a doctor in the Third World attached to a World Aid Organisation, who has reluctantly agreed to meet with Lona after abandoning her as a baby.
The story involves many conflicts, uprisings in the African states against the governments militia, the love between one of the leaders of the rebels and a girl who unwittingly has been duped into the darker side of life, and the unhappy consequences.
Fate intervenes, in the end, forcing Lona and Carl to establish new identities, away from the turmoil which has dogged their lives, hopefully coming to terms with their demons. 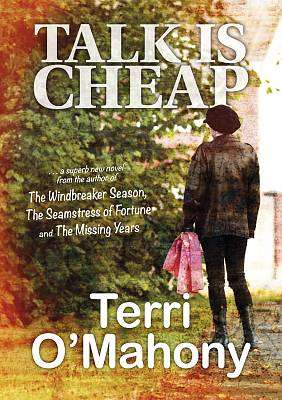 Paperback
Talk is Cheap also appears in these Categories:

58% off
The Highest Poverty: Monastic Rules and Form-of-Life
Giorgio Agamben
€20.00

Dream of Fire: A Story About Dominic Guzman
Maeve McMahon
€9.99