A fine exclusive edition of one of literature's most beloved stories. Featuring a laser-cut jacket on a textured book with foil stamping, all titles in this series will be first editions. No more than 10,000 copies will be printed, and each will be individually numbered from 1 to 10,000. * Now with bonus bookmark! When I got there it was all still and Sunday-like, and hot and sunshiny; the hands was gone to the fields; and there was that kind of faint dronings of bugs and lies in the air that makes it seem so lonesome and like everybody's dead and gone ... In The Adventures of Huckleberry Finn, a thirteen-year-old boy, Huck, is in search of adventure on the beautiful shores of the Mississippi River. When Huck escapes kidnapping by his own drunken father, he decides to find a canoe to shove off down the river, leaving behind his life of confinement and civilization. Soon Huck comes across Jim, Miss Watson's slave. While traveling down the river, Huck and Jim have many adventures, but more importantly, during many long talks, they become the best of friends, both in search of freedom. The Adventures of Huckleberry Finn is regarded by many critics and scholars to be the first "Great American novel". The Adventures of Huckleberry Finn (Seasons Edition--Summer) is one of four titles available in June 2020. The summer season also will include Jane Eyre, Persuasion, and The Wonderland Collection. 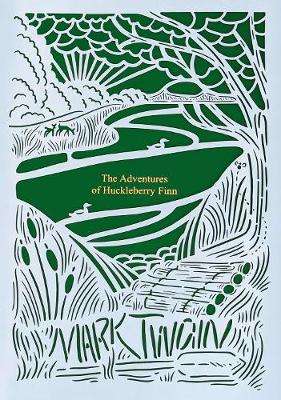