The Art of the Glimpse

An anthology of the very best Irish short stories, selected by Sinead Gleeson, author of Constellations. There have been many anthologies of the short story as it developed in Ireland, but never a collection like this. The Art of the Glimpse is a radical revision of the canon of the Irish story, uniting classic works with neglected writers and marginalised voices - women, LGBT writers, Traveller folk-tales, lost 19th-century voices and the first wave of 'new Irish' writers from elsewhere now making a life in Ireland. Sinead Gleeson brings together stories ranging from the sublime to the downright bizarre, from classics to the new generation of writers, and from well known names to previously unpublished talent. The collection paints a tremendous spectrum of experience: the story of a prank come good by Bram Stoker; Sally Rooney on the love languages of the new generation; Donal Ryan on the pains of ageing; Edna O'Brien on political entanglements; James Joyce on losing a loved one; and the internal monologue of a coma sufferer by Marian Keyes. List of contributing authors: Samuel Beckett, Sally Rooney, Melatu Uche Okirie, William Trevor, Marian Keyes, Kevin Barry, Edna O'Brien, Claire-Louise Bennett, Sheridan Le Fanu, Danielle McLaughlin, Mairtin O Cathain, Frances Molloy, Blindboy Boatclub, Elizabeth Bowen, Frank O'Connor, Chiamaka Emyi-Amadi, John McGahern, Anne Enright, Mike McCormack, Maeve Brennan, Oein de Bhairduin, Eimear McBride, Sean O Faolain, Cathy Sweeney. 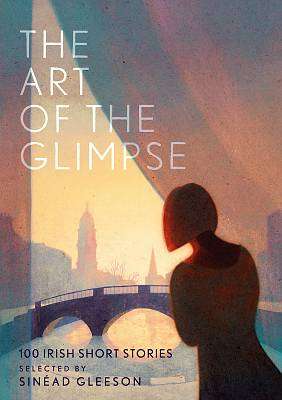 17% offHardback
The Art of the Glimpse also appears in these Categories: