The Book of Queer Prophets: 24 Writers on Sexuality and Religion

'A fascinating and thoughtful exploration of faith in the modern world. If you're wondering why it matters and how to make sense of it, read on.' Clare Balding Is it possible to believe in God and be gay? How does it feel to be excluded from a religious community because of your sexuality? Why do some people still believe being LGBT is a sin? The book of Queer Prophets contains modern-day epistles from some of our most important thinkers, writers and activists: Jeanette Winterson tackles religious dogma, Amrou Al-Kadhi writes about trying to make it as a Muslim drag queen in London, John Bell writes about his decision to come out later in life, Tamsin Omond remembers getting married in the middle of a protest and Kate Bottley explains her journey to becoming an LGBT ally. Essays from: Jeanette Winterson, Phyll Opoku-Gyimah, Amrou Al-Kadhi, Padraig O Tuama, Garrard Conley, Juno Dawson, Rev. Winnie Varghese, Keith Jarrett, Jay Hulme, Lucy Knight, Tamsin Omond, Erin Clark, Michael Segalov, Jarel Robinson-Brown, John L. Bell, Mpho Tutu van Furth, Karl Rutlidge, Garry Rutter, Rev Rachel Mann, Jack Guiness, Dustin Lance Black, Ric Stott. Afterword: Kate Bottley 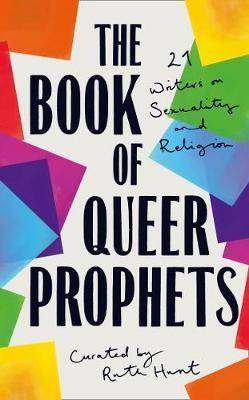 Hardback
The Book of Queer Prophets: 24 Writers on Sexuality and Religion also appears in these Categories:

This is Why I Resist - Don't Define My Black Identity
Shola Mos-Shogbamimu
€18.05

Outrages: Sex, Censorship and the Criminalisation of Love
Naomi Wolf

The Simple Guide to Complex Trauma and Dissociation: What it is and How to Help
Betsy de Thierry