The Boole Sisters: A Remarkable Family

Their father, George Boole, went to primary school only but become a famous mathematician, now known as the 'father of the computer age'. He has an asteroid and a crater on the moon named after him! Their mother Mary Everest taught herself mathematics in a time when it wasn't considered suitable for boys or girls and wrote books about algebra. Mary Ellen, the eldest girl, married a famous mathematician. Her son invented the Jungle Gym. Her granddaughter was a nuclear scientist. Margaret's eldest son was knighted for his work in physics. Her younger son was a brain surgeon. Alicia never went to university but became the first woman Professor of Chemistry in England. Ethel wrote the famous revolutionary novel The Gadfly. She become a hero in Russia and had an asteroid named after her: 2032 Ethel! INCLUDES CLASS DISCUSSION TOPICS, GLOSSARY AND TIMELINE. 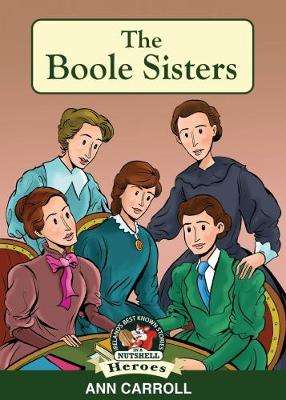 Paperback
The Boole Sisters: A Remarkable Family also appears in these Categories: