The Boundless and Miraculous: Found Poems in the Letters of Vincent Van Gogh

The boundless and miraculous is what Vincent van Gogh believed we should all seek - and to be satisfied with nothing less. This is exactly what he achieved in his art, despite many profound difficulties which he recorded in his letters. These letters later became recognised for their literary virtues, such as simplicity, clarity, spontaneity and rich imagery. Such qualities are among those most prized in poetry. In The Boundless and Miraculous, extracts from Van Gogh's letters are presented as 'found poems' - writing not originally intended to be a poem, reinterpreted as such - mainly in the form of sonnets. They record many of the pivotal moments in Van Gogh's life and his struggles and emotional state at these times are evident in the content and tone of the writing. There are also his views on the work of other artists, both his contemporaries and those who went before him. In particular, the poems encapsulate much of the thinking behind the way van Gogh's art developed, and notably the thought processes behind some of his most iconic paintings. With 87 colour plates, The Boundless and the Miraculous celebrates Van Gogh's spectacular art as well as his wonderful writing in what could be considered a series of brief autobiographical sketches. A fabulous gift book aimed at all lovers of Van Gogh's work, this volume will also make a major contribution to our understanding of his short and amazing life. To Theo You must understand how I regard art. One must work long and hard to arrive at the truthful. What I want is difficult, and yet I don't believe I'm aiming too high. I would like to reach the point where people say of my work, that man feels deeply, feels subtly. What am I in the eyes of most people? A nonentity or an oddity. Very well - assuming that, I'd like to show what there is in the heart of such an oddity, such a nobody. This is my ambition, based less on resentment than on love. Even though I'm often in a mess, inside me there's still a calm - pure harmony. The Hague c. 21 July 1882 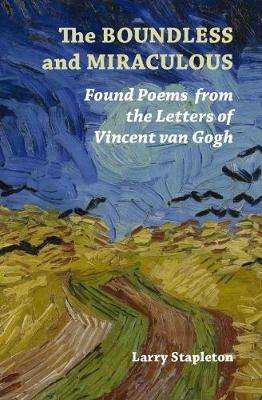 12.5% offPaperback
The Boundless and Miraculous: Found Poems in the Letters of Vincent Van Gogh also appears in these Categories:

The Story of Clare and its People
John Treacy
€35.00

The Story of Clare and its People: A History of Local Government in Ireland's Ba
Matthew Potter
€25.00

Clare and the War of Independence
Joe Power