The definitive anthology of Jim Morrison's writings with rare photographs and numerous handwritten excerpts of unpublished and published poetry and lyrics from his 28 privately held notebooks. Created in collaboration with Jim Morrison's estate and inspired by a posthumously discovered list entitled "Plan for Book," The Collected Works of Jim Morrison is an almost 600-page anthology of the writings of the late poet and iconic Doors' front man. This landmark publication is the definitive opus of Morrison's creative output-and the book he intended to publish. Throughout, a compelling mix of 160 visual components accompanies the text: excerpts from his 28 privately held notebooks-all written in his own hand and published here for the first time-as well as an array of personal images and commentary on the work by Morrison himself. This oversized, beautifully produced collectible volume contains a wealth of new material-poetry, writings, lyrics, and audio transcripts of Morrison reading his work. Not only the most comprehensive book of Morrison's work ever published, it is immersive, giving readers insight to the creative process of and offering access to the musings and observations of an artist whom the poet Michael McClure called "one of the finest, clearest spirits of our times." This remarkable collector's item includes: Foreword by Tom Robbins; introduction and notes by editor Frank Lisciandro that provide insight to the work; prologue by Anne Morrison Chewning Published and unpublished work and a vast selection of notebook writings The transcript, the only photographs in existence, and production notes of Morrison's last poetry recording on his twenty-seventh birthday The Paris notebook, possibly Morrison's final journal, reproduced at full reading size Excerpts from notebooks kept during his 1970 Miami trial The shooting script and gorgeous color stills from the never-released film HWY Complete published and unpublished song lyrics accompanied by numerous drafts in Morrison's hand Epilogue: "As I Look Back": a compelling autobiography in poem form Family photographs as well as images of Morrison during his years as a performer Hear Jim Morrison's final poetry recording, now available for the first time, on CD or digital audio book, at the Village Recorder in West Los Angeles on his twenty-seventh birthday, December 8, 1970. The digital audio book also includes performances by Patti Smith, Oliver Ray, Liz Phair, Tom Robbins, and others reading Morrison's work. 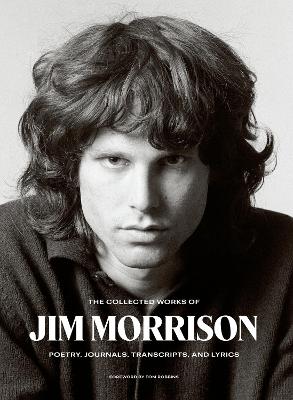 Love of My Life: The Life and Loves of Freddie Mercury
Lesley-Ann Jones
Trade Paperback
€18.50