Shortlisted for the Bord Gáis Energy Irish Book Awards Books Are My Bag Crime Fiction Book of the Year Award for 2016.

'Haunting, passionate, William Ryan's The Constant Soldier is a subtle WW2 thriller of horror and love with an utterly gripping countdown to Gotterdamerung. One of my favourites of the year' Simon Sebag

Montefiore 1944. Paul Brandt, a soldier in the German army, returns wounded and ashamed from the bloody chaos of the Eastern front to find his village home much changed and existing in the dark shadow of an SS rest hut - a luxurious retreat for those who manage the concentration camps, run with the help of a small group of female prisoners who - against all odds - have so far survived the war. When, by chance, Brandt glimpses one of these prisoners, he realizes that he must find a way to access the hut. For inside is the woman to whom his fate has been tied since their arrest five years before, and now he must do all he can to protect her.


But as the Russian offensive moves ever closer, the days of this rest hut and its SS inhabitants are numbered. And while hope - for Brandt and the female prisoners - grows tantalizingly close, the danger too is now greater than ever. And, in a forest to the east, a young female Soviet tank driver awaits her orders to advance ... 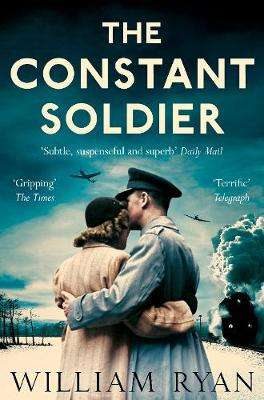 2.5% offPaperback
The Constant Soldier also appears in these Categories:

A Wedding In December
Sarah Morgan
€9.85