We last saw Henry Smart, his leg severed in an accident with a railway boxcar, crawl into the Utah desert to die - only to be discovered by John Ford, who's there shooting his latest Western. "The Dead Republic" opens in 1951. Henry is returning to Ireland for the first time since his escape in 1922. With him are the stars of Ford's latest film, John Wayne and Maureen O'Hara, and the famous director himself, who has tried to suck the soul out of Henry and turn it into Hollywood gold-dust. Ten years later Henry is in Dublin, working in Ratheen as a school caretaker. When he is caught in a bomb blast, he loses his leg for the second time. He is claimed as a hero, and before long Henry will discover he has other uses too, when the peace process begins in deadly secrecy... 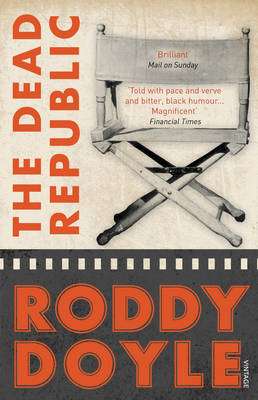 Paperback
The Dead Republic also appears in these Categories:

Freedom is a Land I Cannot See
Peter Cunningham
€11.25