The Devil In The White City

The Chicago World's Fair of 1893 and its amazing 'White City' was one of the wonders of the world. This is the incredible story of its realization, and of the two men whose fates it linked: one was an architect, the other a serial killer. The architect was Daniel H. Burnham, the driving force behind the White City, the massive, visionary landscape of white buildings set in a wonderland of canals and gardens. The killer was H. H. Holmes, a handsome doctor with striking blue eyes. He used the attraction of the great fair - and his own devilish charms - to lure scores of young women to their deaths. While Burnham overcame politics, infighting, personality clashes and Chicago's infamous weather to transform the swamps of Jackson Park into the greatest show on Earther, Holmes built his own edifice just west of the fairground. He called it the World's Fair Hotel. In reality it was a torture palace, a gas chamber, a crematorium. These two disparate but driven men toegther with a remarkable supporting cast of colourful characters, including as Buffalo Bill, George Ferris, Thomas Edison and some of the 27 million others who converged on the dazzling spectacle of the White City, are brought to life in this mesmerizing, murderous tale of the legendary Fair that transformed America and set it on course for the twentieth century. 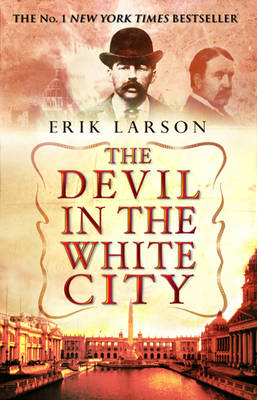 Paperback
The Devil In The White City also appears in these Categories:

Pain Killer: An Empire of Deceit and the Origins of America's Opioid Epidemic
Barry Meier
Paperback
€13.40