War has come to the Lot Lands - and Oats stands upon the frontline. The formidable armies on the horizon are bolstered by divine champions, dread sorcerers and gunpowder. But Oats has won impossible fights before. He's a thriceblood, after all, more orc than man. And he hasn't forgotten how to kill. He'll stack the bodies high for his chief and his brethren, if that's the price of freeing the Lots from human tyranny.

Besides, the invading forces are getting a damned sight more than they bargained for. They're not facing a handful of half-orc hoofs, but a true army - one forged from all the peoples of the Lots. At its head are Fetching, in full command of the ruinous power that runs through her veins, and Jackal, armed with the blessings of a dead god.

Brimming with epic battles, surprising sorcery and fiendish twists, The Free Bastards is the rousing final instalment to the Lot Lands trilogy that began with Jonathan French's vastly popular debut, The Grey Bastards. 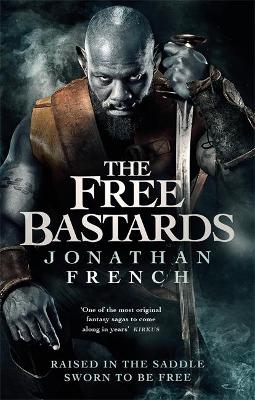 Paperback
The Free Bastards also appears in these Categories:

The Fall of Babel: Book Four of the Books of Babel
Josiah Bancroft
Paperback
€12.35