The Great Flood: Travels Through a Sodden Landscape

A BBC Radio 4 Book of the Week. Flooding has always threatened the rainy, wind-swept islands of the United Kingdom, but it is becoming more frequent and more severe. Combining travel writing and reportage with readings of history, literature and myth, Edward Platt explores the way floods have shaped the physical landscape of Britain and left their mark on its inhabitants. During the course of two years, which coincided with the record-breaking floods of the winter of 2013-14, Platt travelled around the country, visiting places that had flooded and meeting the people affected. He visited flooded villages and towns and expanses of marsh and Fen threatened by the winter storms, and travelled along the edge of the drowned plain that used to connect Britain to continental Europe. He met people struggling to stop their houses falling into the sea and others whose homes had been engulfed. He investigated disasters natural and man-made, and heard about the conflicting attitudes towards those charged with preventing them. The Great Flood dramatizes the experience of being flooded and considers what will happen as the planet warms and the waters rise, illuminating the reality behind the statistics and headlines that we all too often ignore. 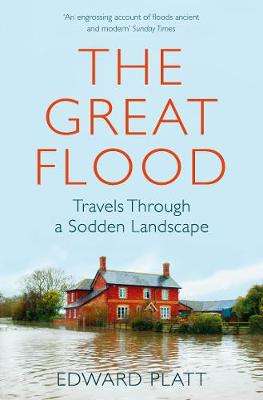 Paperback
The Great Flood: Travels Through a Sodden Landscape also appears in these Categories:

Clanlands: Whisky, Warfare, and a Scottish Adventure Like No Other
Sam Heughan
€18.05

Clanlands: Whisky, Warfare, and a Scottish Adventure Like No Other
Sam Heughan
€24.10

17% off
Unforgettable Journeys: Slow down and see the world
DK Eyewitness

On the Plain of Snakes: A Mexican Road Trip
Paul Theroux
€13.25