Investigator Cassie Dewell is on the trail of a serial killer in the book that inspired the series Big Sky.

There's a killer on the road...

It was Danielle and Gracie's secret. A teenage adventure. A 1,000-mile drive along the spine of the Rocky Mountains to visit Danielle's boyfriend in Montana.

When rookie cop Cassie Dewell catches her mentor and friend, Investigator Cody Hoyt, planting evidence, he is suspended from the force, his reputation in tatters. He's already drowning his sorrows when his son calls. His girlfriend and her sister have disappeared.

Unable to investigate himself, Cody turns to his protégée for her help finding the girls. Soon they discover that Danielle and Gracie aren't the first to disappear in the area.

When Cody, goes missing too, it's up to Cassie to find them. Before it's too late. 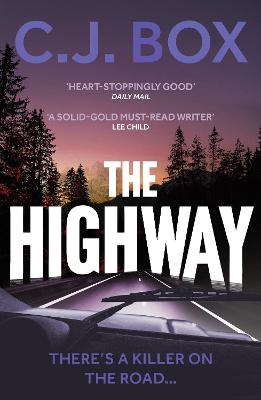 19% offPaperback
The Highway also appears in these Categories:

10% off
The Girl Who Died
Ragnar Jonasson
Paperback
€9.99

The Couple at No 9
Claire Douglas
Paperback
€9.85