The Intelligence War against the IRA

The exposure of two senior republicans as informers for British intelligence in 2005 led to a popular perception that the IRA had 'lost' the intelligence war and was pressurised into peace. In this first in-depth study across the entire conflict, Thomas Leahy re-evaluates the successes and failures of Britain's intelligence activities against the IRA, from the use of agents and informers to special-forces, surveillance and electronic intelligence. Using new interview material alongside memoirs and Irish and UK archival materials, he suggests that the IRA was not forced into peace by British intelligence. His work sheds new light on key questions in intelligence and security studies. How does British intelligence operate against paramilitaries? Is it effective? When should governments 'talk to terrorists'? And does regional variation explain the outcome of intelligence conflicts? This is a major contribution to the history of the conflict and of why peace emerged in Northern Ireland. 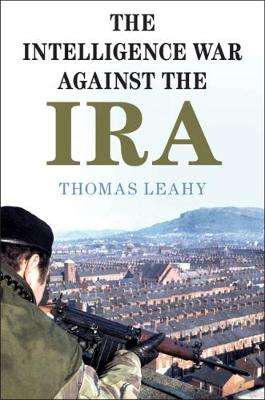 Paperback
The Intelligence War against the IRA also appears in these Categories: