Dame Iris Murdoch (1919-1999) was one of the greatest British novelists and philosophers of the twentieth century. She read philosophy at Oxford where she met and later married John Bayley, a literary critic and fellow novelist. So began a forty-year, intense and unconventional but happy marriage, detailed in the classic bestselling memoir Iris. Despite Iris' extramarital affairs with men and women throughout their long marriage - which John always suspected - their bond was unbreakable, and his memoir beautifully captures their child-like moments of bliss: walking in forests, swimming together in streams, and sharing hot cups of coffee on crisp mornings. These are touching but poignant stories with the knowledge that Iris and her grand intellect would eventually succumb to Alzheimer's disease. John would care for her singlehandedly for five years, the last of which he writes about in Iris and the Friends that also describes her peaceful passing. Finally, he reflects on his bereavement and the void that is left when a soulmate departs in A Widower's House. All three books are told by the person who knew Iris best, with gentle humour - at times unbearably moving - in his portrayal of a remarkable woman. 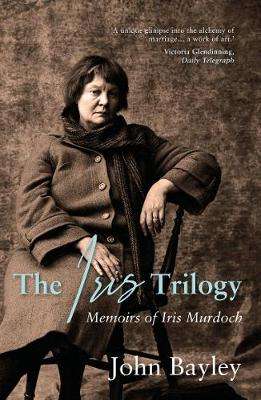 Hardback
The Iris Trilogy: Memoirs of Iris Murdoch also appears in these Categories: