ONE OF THE TIMES' BEST HISTORY BOOKS OF 2021 'The tale of the Phoenix Park murders is not unfamiliar, but Kavanagh recounts it with a great sense of drama... Kavanagh's account reminds me of the very best of true crime.' The Times (Book of the Week) On a sunlit evening in l882, Lord Frederick Cavendish and Thomas Burke, Chief Secretary and Undersecretary for Ireland, were ambushed and stabbed to death while strolling through Phoenix Park in Dublin. The murders were carried out by the Invincibles, a militant faction of republicans armed with specially-made surgeon's blades. They ended what should have been a turning point in Anglo-Irish relations. A new spirit of goodwill had been burgeoning between Prime Minister William Gladstone and Ireland's leader Charles Stewart Parnell, with both men forging in secret a pact to achieve peace and independence in Ireland - with the newly appointed Cavendish, Gladstone's protege, to play an instrumental role. The impact of the Phoenix Park murders was so cataclysmic that it destroyed the pact, almost brought down the government and set in motion repercussions that would last long into the twentieth century. In a story that spans Donegal, Dublin, London, Paris, New York, Cannes and Cape Town, Julie Kavanagh thrillingly traces the crucial events that came before and after the murders. From the adulterous affair that caused Parnell's downfall to Queen Victoria's prurient obsession with the assassinations and the investigation spearheaded by the 'Irish Sherlock Holmes', culminating in a murder on the high seas, The Irish Assassins brings us intimately into this fascinating story that shaped Irish politics and engulfed an empire. This is an unputdownable book from one of our most 'compulsively readable' (Guardian) writers. 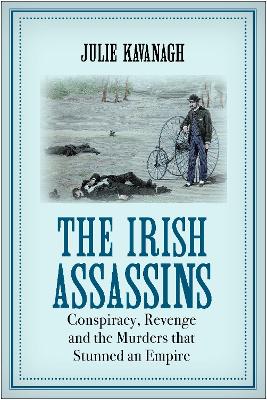 20% offPaperback
The Irish Assassins also appears in these Categories:

The Making of the Anglo-Irish Agreement of 1985:
David Goodall
Paperback
€21.35