The Lake House at Lenashee: An Unsolved Irish Mystery: 2021

An abandoned Lake House,
A keeper of secrets,
A mystery unfolds....

In 1967 a group of Dublin socialites gather in an old lake house in the West of Ireland for a summer break. But, before they leave, they will have witnessed something that will silently haunt them all the days of their lives.

Moira Fitzpatrick has lived in Paris for over fifty years. But it has not stopped her dreams being haunted by Ireland and a certain house there - a most beautiful house with a glittering lake and the unforgettable scent of wild orchids.

In 2019 Desmond Griffith is dying. In his now deteriorating mind he becomes obsessed with knowing what happened to a woman he once knew. A woman called Rosemary. His daughter Julia feels that finding this woman might bring some much-needed peace to her father's tormented state. But as she tries to unravel who Rosemary is or was, her search leads her to an abandoned lake house in the West of Ireland which has been locked up for over fifty years. As each layer of the past is uncovered, Julia is drawn deeper and deeper into the story of what happened at this house over fifty years before. 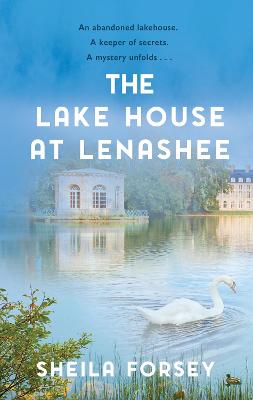 Paperback
The Lake House at Lenashee: An Unsolved Irish Mystery: 2021 also appears in these Categories:

The Mind of a Murderer
Richard Taylor
Paperback
€12.20