In the summer of 1964, twenty-one-year-old Gillies MacBain arrives in Dublin off the ferry from England with only his bicycle, a suitcase and a tent to his name. Young, handsome and charismatic, he begins work as a footman in one of the houses of the `dying aristocracy'. Thus begins his foray into the upper echelons of Irish society. The Adventures of an Irish Footman is an irresistible narrative which describes a fading part of Irish society that MacBain subverts with wry humour. MacBain finds himself in a precarious niche: the borderland in between `upstairs' and `downstairs'. Here, he rubs shoulders with a cast of characters from the bohemian socialites to the chancer `Sketchly' and the hippes with their dewy-eyed `morals'. MacBain's memoirs run the gamut of Irish social classes, from his friendship with County Monaghan small farmers and tenants, to working with a dubious cast of actors and producers on a film set at Castle Leslie, to eventually marrying into the circle of the `idle rich'. An irresistible story told by a charming storyteller, this memoir sheds light on an era of Irish domestic industry, and Irish social history, that has all but been forgotten. 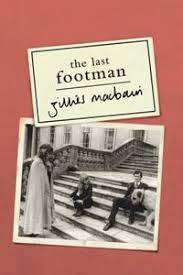 Paperback
The Last Footman also appears in these Categories: