A cold case for Captain Benny Griessel and Vaughn Cupido of the Hawks elite police unit - not what they were looking for. And a difficult case, too. The body of Johnson Johnson, ex-cop, has been found beside a railway line. He appears to have jumped from South Africa's - perhaps the world's - most luxurious train, and two suspicious characters seen with him have disappeared into thin air. The regular police have already failed to make progress and others are intent on muddying the waters. Meanwhile in Bordeaux, Daniel Darret is settled in a new life on a different continent. A quiet life. But his skills as an international hit-man are required one more time, and Daniel is given no choice in the matter. He must hunt again - his prey the corrupt president of his homeland. Three strands of the same story become entwined in a ferocious race against time - for the Hawks to work out what lies behind the death of Johnson, for Daniel to evade the relentless Russian agents tracking him, for Benny Griessel to survive long enough to take another huge step in his efforts to piece together again the life he nearly destroyed - and finally ask Alexa Bernard to marry him. The Last Hunt shows one of the great crime writers operating at the peak of his powers. 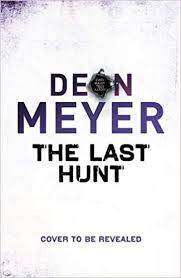 Hardback
The Last Hunt also appears in these Categories:

Nothing Can Hurt You
Nicola Maye Goldberg

Blue in Chicago: and other stories
Bette Howland
€16.25

The City Under Siege
Michael Russell
€27.50