The Last Stone: A Masterpiece of Criminal Interrogation

From the bestselling author of Killing Pablo, a haunting and gripping account of the true-life search for the perpetrator of a hideous crime - the abduction and likely murder of two young girls in 1975 - and the skilful work of the cold case team that finally brought their kidnapper to justice. In 1975, sisters Katherine and Sheila Lyon, aged ten and twelve, vanished from a shopping mall in suburban Washington, D.C. As shock spread, then grief, a massive police effort found nothing. The investigation was shelved, and mystery endured. Then, in 2013, a cold case squad detective found something he and a generation of detectives had missed. It pointed them toward a man named Lloyd Welch, then serving time for child molestation. As a cub reporter for a Baltimore newspaper, Mark Bowden covered the frantic first weeks of the story. In The Last Stone, he returns to write its ending. Over months of intense questioning and extensive investigation of Welch's sprawling, sinister Appalachian clan, five skilled detectives learned to sift fact from deception. How do you get a compulsive liar, desperate to protect himself, to tell the truth?The Last Stone recounts a masterpiece of criminal interrogation and delivers a chilling and unprecedented look inside a disturbing criminal mind. 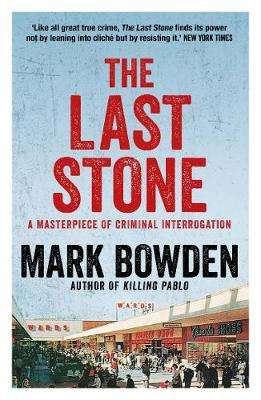 Paperback
The Last Stone: A Masterpiece of Criminal Interrogation also appears in these Categories: